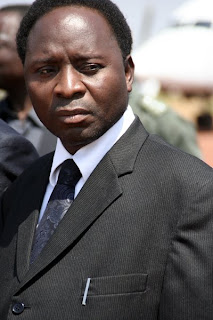 Former Deputy minister of Energy Lameck Chibombamilimo is critically ill at his Lusaka residence in Kabulonga, the Watchdog understands.

But despite his ‘very ill and bed-ridden condition, the government has dimissed and rejected pleas to evacuate him for specialist treatment.

The MMD Mpulungu MP has kidney complications and the Watchdog has been informed that he urgently requires a kidney transplant.

“He is only surving on regular dialysis”, said a source.

The government has reportdely snubbed appeals to evacaute himto India so that he could seek a new kidney.

Chibombamilimo, once Northern province minister, is said to be trying to evacuate himself ‘but funds haave dried’.

Last year Rupiah Banda fired Science Cibombamilimo together with then Technology and Vocational Training Deputy Minister, Jonas Shakafuswa for what he said was lack of allegiance to him as the appointing authority.

Banda claimed that instead of the two ministers being loyal to him and the MMD, they paid allegiance to the Patriotic Front (PF) and The Post newspaper.

“I am now the party president and if a member of Parliament talks nonsense I will follow him to the constituency, now I have sacked Shakafuswa and Chibombamilimo. They have to stand on the PF ticket or The Post ticket.

The misery PF will perpetuate if given 5 more years