The Patriotic Front (PF) says Vice-president George Kunda is the one who is running the country and not the elected head of State Rupiah Banda.

PF spokesperson Given Lubinda was quoted Monday saying that President Rupiah Banda has always been on holiday.

Lubinda said it does not matter whether Banda is in Mfuwe, Lusaka or out of the country because he does not run the country.

“President Banda has been on holiday ever since he came to power. So he can continue enjoying his holiday since he is a holiday president. And that is why George Kunda is the de facto president,’ said Lubinda.

Lubinda claimed that even when president Banda and his vice Kunda have a difference of opinions on a national matter, it is Kunda who eventually carries the day.

Lubinda alleged that when the issue of appealing in the Fredrick Chiluba case arose, Kunda overruled the president and said there was no merit in appealing even when Banda had said the matter would be left to the lawyers. 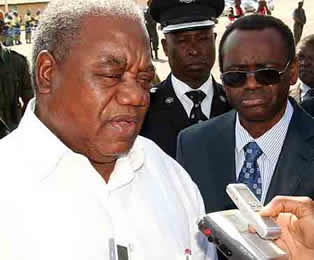 I blame ZNBC for sitting on KK’s legacy