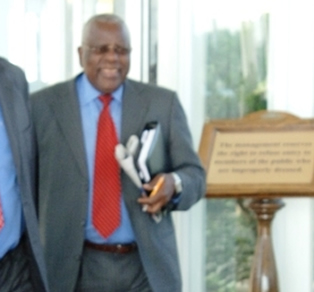 President Rupiah Banda has fired his High Commissioner to South Africa Leslie Mbula, the Watchdog has been reliably informed.

Mbula replaced Silumelume Mubukwanu who was retired by late Levy Mwanawasa in 2004.

Mbula’s three-year contract as High Commissioner was renewed in January this yeart  but he has been abruptly ‘recalled’.

Mbula, an uncle of late Mwanawasa, was Secretary to Cabinet before being sent to South Africa by his nephew in June 2004.

It is not yet clear who will replace Mbula who has already reveived his letter of dis-appointment.

One former Pernament Secretary has been mentioned as possible replacement but there are corruption allegations against him that need to be cleared. He may not go.

Why does Fred M’membe’s wife want to stand on UPND ticket ?