Number of Caucasians and Asians in Lusaka amazing 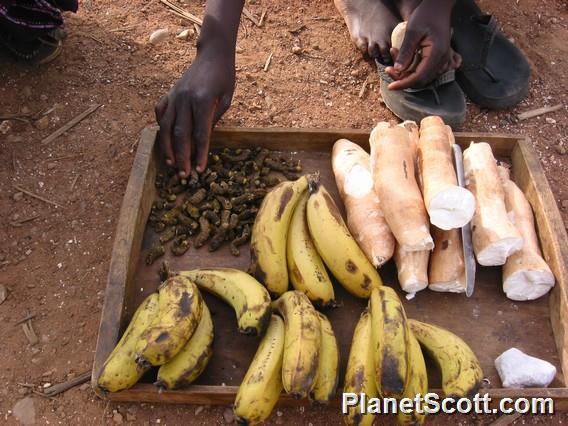 I am amazed to find the number of Caucasian and Asian people living in Lusaka today. The rate at which they seem to have “integrated” in Zambian society today has left me in awe.

Especially with regard to some of the jobs that these Caucasians and Asians find themselves occupying, some are brick layers, some are farmers, some sell chickens and to my amazement some VI TUMBUWA!!!! (fritters).

How does a Chinese man know how to make VITUMBUWA and even have to audacity to sell them on the city streets of Lusaka??? Who has given him a permit to conduct such foolishness????

At first I thought it was just me, and that maybe I was bitter and became a racist after visiting the Uk. But NO, it appears that a majority of Zambians who I have consulted with also felt that jobs which were originally meant for the “lower class” of our Zambian society are quickly being taken over. On the other hand, after having spoken to some refugees who are now “upper class ladies” hairdressers in Lusaka complain that our immigration officers seem to be very strict on them having the right residential permit. It therefore appears to me that there is a double standard in Zambian immigration policy, as to how we will treat immigrant Caucasians and Asians and fellow Africans.

Thus bringing my point as to the reason I am writing my letter to you Mr Editor, I wonder, does the Zambian government have a  protectionist “investor” immigration policy because if someone is going to be selling vitumbuwa, I hardly see any protectionism there. Further, considering the number of immigrant investors we have in this country, does the immigration department have enough employees to facilitate the number of immigrants flowing into the country, as I am aware the government has no funds to facilitate a payroll for more public servant employees? I am very amazed at how everybody seems to be ignoring the “pink elephant in the room”, considering the current President was a Foreign Minister in Kaunda’s protectionist and socialized Zambia.

I do agree that the investors have brought about some change in the country and have put some money in people’s pockets, however my concern is for the hard working Zambian who has the initiative to start up a company for themselves and provide for his/her family. If an investor from Asia will go door to door selling mats or vitumbuwa what will the Zambian with initiative do to feed him/herself?

The late President Mwanawasa sought to protect industry by setting up commissions such as the NCC. So why shouldn’t the current government take further precaution and not just protect the standard for industry but also to protect ordinary Zambian economic interests through immigration policy?

The reason “immigrant investors” are in Zambia is not to add to the Zambian population, or to create an uneven playing field, rather they are here to help bolster the Zambian economy.

Imagine if an immigrant investor were to make a killing such as GBM has in the milling industry, and then employ people from his own home country to do menial labour, would we say capitalism is working for the Zambian people or is it working only for the immigrants who get to fatten their pockets as they ship money off to their home countries, in might I add, a bank from their home country that has been established in Zambia.

Or for a example set in reality, look at the mess made my OX Drilling, don’t we have Zambian Drilling Companies who would try not to let things become so ugly? The company in its “advertis-press statement” talks about recession but still seeks to pursue business interests on the Zimbabwean market.

Mr President!!! Might I seek redress by asking u, to kindly review our governments immigration policy, because you with your work experience would prove to be the best person for the job.  In light of PF President Micheal Sata, it is an immense pity that his views have been poorly presented to the people of Zambia, for I am certain his views are certainly mine. If they are not and he is not liberal about his views in this regard, for “not everybody is from Zambia” as the saying goes,  I suggest that the current MMD government should heal the current developing divide by presenting and advocating for immigration policy reform in parliament before Zenophobia becomes the headline in our leading papers.

Where do idioms become insults ?