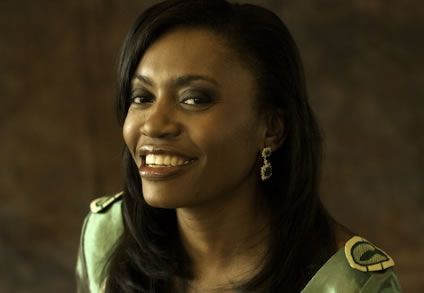 Compared to Vera Tembo Chiluba and Maureen Mwanawasa, the two women who occupied state house before her, Thandiwe Banda is relatively honest and innocent. We will not talk about Betty Kaunda.

So far we haven’t heard scandalous rumours about her private life. Public perception on Thandiwe has so far been positive except from those characters you would never expect anything positive-on anything.

Her background as a teacher also is a plus for her as, in the Zambian community; most people would trust a school teacher.

Some of her first pronouncements when she moved into State house around November 2008 were encouraging as they indicated that she would be different from those before her.

One pronouncement that received nods from the public was her stance on creating a State House based and dependant Non-Government Organisation (NGO).

When asked, she told the nation that she would not form an NGO but would work with the existing ones saying such were already doing commendable work.

But exactly two years after, Thandiwe has been taken to court over charity work. Two Patriotic Front (PF) cadres or projects, from Chinsali and Isoka want her to stop dishing out money because she has no budgetary allocation from parliament.

Thandiwe doesn’t look ready to go on a public platform and lambast other people. To us she looks too reserved and innocent for that.

But Thandiwe is in the wrong place and working with wrong people. She is, as they say in the movies, swimming with sharks and crocodiles. In such waters, you must adapt to survive.

Her political companions are just too glad to exploit her and gain political dividends. The cost to her personal values is not important at all.

It is a good thing to do charity work; but does Thandiwe need to go to Isoka to go and demonstrate her philanthropy when behind state house there are starving people?

And why target areas where bye-elections are in the offing?

Money can never buy love. If people don’t love you because of your bad behavior, they can’t change their minds and love you just because you have given them money. Yes they will hug and kiss you but they will go and be with the people they really love.

Evangelism by conduct is a method Christians use to win lost souls. It means your personal behavior should attract other people to your professed beliefs. You can’t, for example, preach about fighting corruption but then send your wife to go and bribe voters.

Thandiwe Banda might give people money but these people they know where she is coming from. They know who is sending her. And as long as the person sending her is perceived negatively, that money will achieve nothing. Thandiwe can win more admirers by conducting herself exemplary instead of trying to bribe voters on behalf of her husband.

Even though she is swimming with dangerous animals, Thandiwe can build a good legacy for herself as Thandiwe and not Rupiah Banda’s wife.

She can chose to stay away from the MMD corruption and use her office to promote integrate at family level. She doesn’t need bloody money to build a good name for herself. She certainly doesn’t need the current negative publicity on her.

As long as she remains at state house, what she does and says will always be brought in the public domain and carefully scrutinized. She can actually use that platform to her advantage by avoiding those things that annoy the Zambia public.

We hope she will learn a valuable lesson from the case currently in court. She, we hope, will learn that her husband’s political rivals will use any weapon to get at him.

Though we do not agree with Thandiwe’s money distributing trips, we also think that taking her to court is a waste of time and failure to reason properly.

And the case is not about Tandiwe or those two villagers Evelyn Kangwa and Marjorie Nakaponda. It is about Michael Sata and Rupiah Banda. We say so because we know which law firms are contending over this. Thandiwe is represented by Irene Kunda, the wife of vice president George Kunda, while the village ladies are represented by Wynther Kabimba, the Chief executive of the PF.

It is true that when people are aggrieved, they should have recourse to courts of law. But can you honestly stop someone from giving to charity? Will those poor women being used by the PF be able to prove that Thandiwe got the money from government coffers?

Backed by a corrupt party the MMD, will it be difficult to find some businessmen willing to line up in court and say they gave Thandiwe the money? This appears to be the basis of the case. The people suing her want to explain where she got the money from. That is the easiest thing to do. We also don’t think that if Thandiwe get money from government departments, there are any receipts being issued. So how will these people prove their claims? Just saying that you saw someone coming out of what looked like a ZAF chopper and concluded that she was using government facilities is laughable. In court you prove not assume. Will they get a ZAF pilot to testify on their behalf?

We don’t intend to be contemptuous of court here but we are amazed at this case and can’t resist the temptation to say what we think. Besides, we don’t believe that we can influence any educated judge by what we write. Judges are highly trained professionals who shouldn’t be swayed by what people outside court are saying.

Does one need to register an NGO before giving to charity? Maybe some lawyers don’t think? We thought there are two types of persons in the eyes of the law; a natural person like Thandiwe and a legal person like Hope Foundation? So one of these two can’t give to charity?

How can you say that Thandiwe has no status in the government or legal functions to perform for and/or on behalf of the government, yet you attach the Attorney-general, the government lawyer to your suit? This is arguing against yourself.

As for Thandiwe, she doesn’t have to be involved in charity work because other wives of presidents do it. That is a flimsy and weak ground. You give to charity because you are a kind and good person. Giving because others give exposes the political motive.

Why is PF promoting tribal hatred

PF convention was a dangerous sham

What Kambwili said about PF