Why the opposition will lose 2011 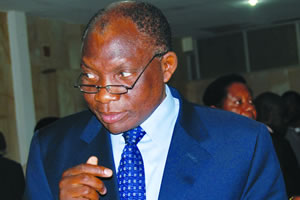 Michael Sata and Hakiande Hichilema have spent this decade losing presidential elections, yet they have not learnt anything.
If you lost elections in 2001, 2006 and 2008, is not true that you will lose in 2011 if you don’t change your method?
Clearly Sata and Hichilema know and have known for a long time now that individually and using their individual parties, they can never wrestle power from the corrupt MMD.
That is why the two came together and partnered under the UPND-PF pact. But this pact is now dead and buried. What is going on now is a funeral and the chief mourners are Wynter Kabimba, Garry Nkombo, Guy Scott and some shed boy called Cornelius Mweetwa.
The UPND resolved to pull out of the pact three weeks ago. And they have since gone on a media campaign to disparage their ex-partner.
Unfortunately, these two are the only parties who currently have a slight potential to put an end to the corrupt reign of the MMD.
Of course we do not believe that either Sata or HH can save Zambia. What either of them will do is replace the MMD plunder with his. We know who these people are. We know where they come from. And what they did where they came from. So we can’t be cheated. What they are fighting for is not the interest of the suffering majority. It is to be in government and feed their families, friends and partners.
Even though we know that there is no really hope for Zambia under these self-appointed messiahs, we feel that they can do better than the inherently corrupt MMD. The MMD is doing nothing tangible apart from cooking figures on the economy. To really understand how Zambia is doing economically, you just need to take a walk along Cairo road in Lusaka and see the faces of poverty and how dirty the capital city is. You don’t need statistics from those lazy, fat chaps at Bank of Zambia or CSO. The MMD is a corrupt party run by corrupt men. It has no capacity to change.
From the time they came to power, they have reduced Zambia to a nation of beggars. They have destroyed employment creating entities and therefore made thousands of nationals jobless and without income.
Now they are busy selling our land to Asians in the name of investment.
The people who are enjoying in Zambia apart from the MMD thieves are foreigners who are favoured by the MMD.
That is why people think that any form of change, even if in the name of a person like Sata or Hichilema can bring some sort of hope. This is an illusion of course, but it is there. People believe that in the process of change, something might happen.
Yet, these two have spoiled this chance of kicking out the corrupt MMD from power in 2011.
Yes, we are saying clearly here that the corrupt MMD will retain power in 2011. Rupiah Banda, the current ruler of Zambia, riding on the horse of corruption -MMD, will be declared president in 2011 again. And this time they will steal more votes for him.
Can’t these people ever learn from history?
In 2001 the opposition fielded 10 candidates against the MMD. If the opposition had sponsored one candidate it was going to be difficult for the MMD to rig elections. Levy Mwanawasa would have continued resting at his farm and possibly not have died of pressure.
In 2006, the opposition fielded four (4) candidates namely Sata, HH, General Godfrey Miyanda and Kenny Ngondo against Mwanawasa. The combined opposition vote beat the MMD but it was split because of individualism, greedy, selfishness, tribalism and just foolishness.
In 2008 Sata, HH, General Miyanda stood against Rupiah Banda. Again, the opposition split their votes and gave an opportunity to RB to win.
The scenario will be the same in 2011 because the following are the likely presidential candidates: –
Rupiah Banda’s MMD is likely to be number one in Eastern and Luapula provinces. Then he will be number two in Copperbelt, Northern, Southern, Central and North western provinces and number three in Lusaka.
Michael Sata UNDER Patriotic Front (PF) is likely to be number one in Copperbelt urban and Northern and maybe Lusaka. In Luapula, the Chiluba factor will knock him out and he may be number three in Eastern, Northwestern , and Southern provinces. Unfortunately, Sata may not take Lusaka province this time around. He may be number one with a very small margin. The results of Chilanga will tell. We here PF is also putting a candidate there. We shall watch, actively of course.
Hakainde Hichilema of the United Party for National Development (UPND) may be number one in Southern and North-western provinces. He maybe number two in Western, Eastern and Lusaka provinces.
Then there is Charles Milupi. His party is called Alliance for Democracy and Development (ADD). He will certainly add to the opposition confusion. Milupi is likely to be number one in western but it is difficult to gauge his performance in the remaining province suffice to say it will be pathetic.
Central province will be shred will the three main contenders with leading one unclear for now.
Ngandu Magande and his National Movement for Progress (NMP) will make a lot of noise but actual performance will be in the red in 2011.
As for General Godfrey Miyanda, we hope he stays home this time around.
Elias Chipimo Junior and his NAREP. This one has wasted valuable time and we fear to say it is too late. He may just spoil the Bemba vote which would have gone to Sata. He should focus on 2016.

There is still something to be said about Charles Milupi. Milupi and his ADD party is likely to win the entire Western province at both presidential and Parliamentary level.
The reason is Simple. The Lozis have decided to create their own political power house in the name of ADD and Milupi as torch-bearer.
No one should be cheated by newspaper ‘stories’ about conferences in western province. Those people have resolved to vote for Milupi in 2011. The Barotse Royal establishment (BRE) which is the traditional leadership of that area is solidly behind ADD. The Litunga himself supports ADD.
This move by the people of Western province revolves around two issues, the Barotse land agreement of 1964 and the ‘rejection’ of Lozi leaders by the MMD, UPND and PF.
In 2006 the UPND rejected Sakwiba Sikota to be their leader and since then the Lozi do not trust Tongas. UPND influence in the area has been dwindling.
That same year, Sakwiba Sikota annexed his party to Sata’s PF in the hope that if they won, he will be vice-president. They lost and we are told when Sata was seemingly leading in votes counted, he refused to let Sikota sit next to him. A few months later, the alliance broke but some Lenjes like Given Lubinda remained with Sata.
In 2008, Sakwiba Sikota backed the MMD under the premise that a Lozi would be given the position of republican vice-president.
But Rupiah Banda just wanted the votes. When he was safe in State House, he appointed a Lala in the name of George Kunda. The Lozis were incensed
Following these betrayals the Lozis have vowed to manage their own affairs and would not back any of these people.
The Lozi have since 1964 been complaining against the unresolved Barotseland Agreement. The BRE brought up this matter during the recent sittings of the National Constitution Conference (NCC) but the matter was ignored. We hear one of the mandates of the ADD will be to lobby for the restoration of the Barotseland Agreement.

When a lawyer fails to understand simple legal issue

Use of serpent in government logo questioned