Five months ago, a woman who had lost custody of her child and didn’t have a passport for him managed to take him to her home country of Zambia. She hasn’t come back since. 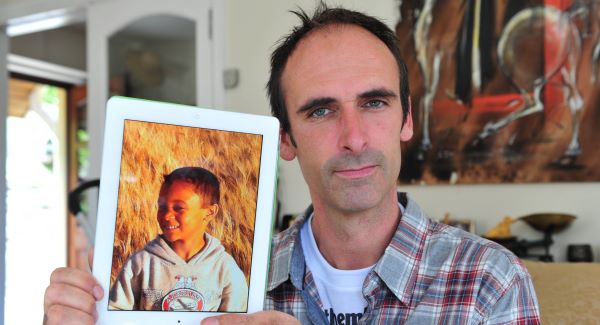 In the picture: Richard Quarry holding a picture of his son Ethan, 7, in Kinsale, Co Cork, who was taken to Zambia in spite of his mother having lost custody. Picture: Dan Lineha

As well as abducting seven-year-old Ethan from his dad, Richard Quarry, from Kinsale, Co Cork, who had full custody of the boy, Elizabeth Daka also took her son from another relationship, two-year-old Troy, to the impoverished township in Lusaka.

Both boys’ fathers have been told there is little Irish authorities can do as Zambia has not signed up to the Hague Convention on International Child Abduction, which would allow the Irish fathers to pursue the boys’ mother through the Irish courts

Richard had sole custody of Ethan for five years before he was taken by his mother. He’d had a court order preventing Elizabeth from taking Ethan out of the State. She had joint custody of Ireland-born Troy.

Now, the over-riding concern of Richard, and Troy’s father Patrick Beary from Douglas, Cork, is getting the boys back to Ireland.

Both dads had hired a private investigator to track down Elizabeth. In July, they travelled to the township and Richard’s fears for the boys’ health grew. In just three months he said his son had lost weight and had ringworm infections on his face.

“The sanitary conditions in the township are terrible,” said Richard.

“It floods in the rainy season bringing raw, untreated sewage up into the streets. Every extra day that goes by that Ethan and Troy live in these conditions is putting them at greater risk. They were never given the proper vaccinations going to Africa either and would also be at risk of malaria.”

The DPP has ordered that Elizabeth Daka be arrested for breach of custody arrangements should she return to Ireland. That arrest warrant can be extended to a European arrest warrant. However, Richard does not believe she will return here.

He is angry the abduction of his child is only viewed as a “summary offence” or a custody breach in the Irish courts. “I cannot believe that the abduction of a child is considered equivalent to a traffic offence in this country.”

Former Fine Gael MEP Mary Banotti has said such international abductions to non-Hague countries in Africa are “quite common” and “very serious”. West Cork Garda Superintendent Eddie Mac Eoin admitted the men “are in limbo” because of the lack of Hague agreement between the countries and the gardaí are doing all they can.

Richard and Patrick believe their only option is to travel to Africa and fight for custody in the Zambian legal system. This could cost up to €50,000 and could take up to five years.